Today I presented my topics discussed in my previous blog: -ftree-tail-merge and -floop-interchange. I used a  powerpoint to get the information across, I will put the slides on the end of this post.

Overall I thought the presentation went alright. I was able to show some code examples and explain how the options work. Sadly I wasn't able to compile my code due to different reasons. First of all the -floop-interchange option can only be used when GCC is configured with the --with-ppland and --with-cloog option. Appearently the GCC compiler we're using was only configured with --with-cloog, so this explains why I wasn't able to spot differences in my assembler code.

For the -ftree-tail-merge I do not know what I did wrong while compiling, I just could not get results in the assembler code. A tip I got from a classmate was to add a limit flag where I set the amount of lines that have to be identical. I have yet to try this.

I think most of the class understood what I was saying because there weren't many questions and I don't think the options I chose were very difficult.

One thing I couldn't figure out was, what the difference was between -ftree-tail-merge and -fcrossjumping since they basically both get the same results. Appearently the difference is that the -ftree-tail-merge gets called in the intermediate language GIMPLE and the -fcrossjumping is called in a different compile step. In source code you wouldn't see any differences between these options. 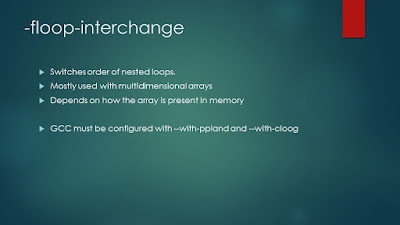 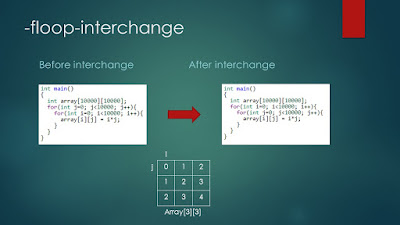 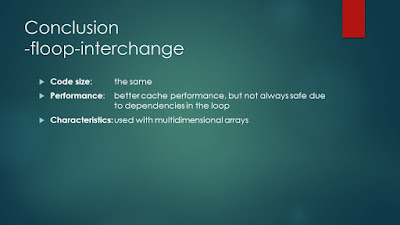 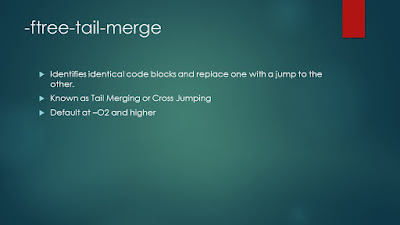 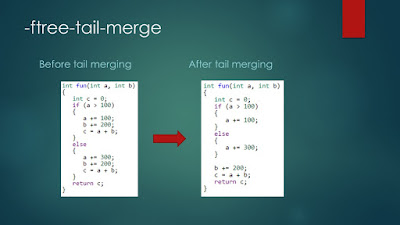 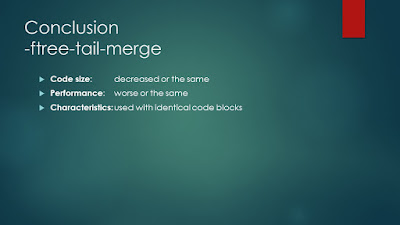